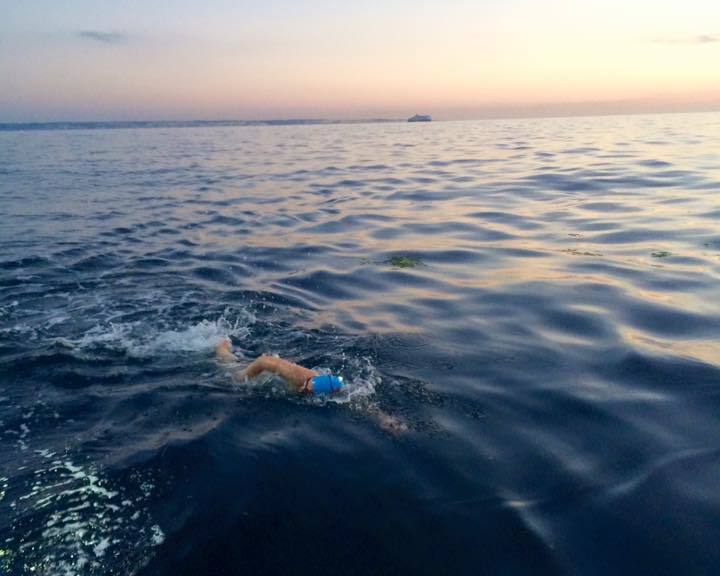 The first ever race saw both teams starting in Dover and reaching France within 2 minutes of each other. According to the rules of the competition, the race was declared a draw. Since then, Oxford and Cambridge have met 9 more times in the Channel. The most recent race in 2016 we saw Oxford steal the victory.

The next Varsity Relay Channel Swim will take place from 24th-28th June 2021, and if you are interested in being part of the team then please contact the Open Water Captain Dan Shailer (dls56)
The team is also looking for sponsorship for the event to ensure that no swimmer would be unable to take part due to the high costs involved, including accommodation in Dover and hire of the support boat. If you are interested in sponsoring the event then please contact Dan Shailer (dls56 at cam.ac.uk).

This biannual event is a Relay Race between teams from Cambridge and Oxford University, from Dover to France. The race is swum by a team of six people from each university, consisting of three men and three women. They swim in one hour stints until they have crossed the channel. Due to variation in coastline of France and sea currents, any difference in time under two minutes is counted as a draw. The next race will be in June 2021.

As in all official Channel swims, no wetsuits are allowed, and water temperature is often above 16 degrees C. Each team crosses the channel along the current swimmer in a piloted boat, and after an hour the next swimmer enters the water, with each team member swimming once or more, until the French coast is reached.

Training for this event involves physical training for fitness and cold resistance, and mental training for will-power and team support. It is very exciting and a lot of fun for both the team, and friends and relatives of those swimming, who can follow the boat via a GPS tracker online, and twitter updates.

Trials for the team will take place in Lent term and will consist of a 30 minute timed pool swim to select a team of 3 men and 3 women plus reserves, and in the summer regular open water training sessions will be held in Cambridge, mainly in the Jesus Green Lido and Milton Country Park. While primarily designed to help swimmers prepare for the Varsity Open Water races, they will be held on an informal basis and open to anyone interested in trying open water!

The Channel Swim team consisting of Matthew Chadwick, Callum Chivers, Dan Brackenbury, Jessica Mason, Rebecca Hughes and Laura Shubert completed the crossing in 9 hours, 28 minutes, just behind Oxford who took the victory.  Unfortunately the time gap was not enough to declare a win for Cambridge, resulting in a draw; however, after the team had to pull out in 2012, this is a fantastic feat for Cambridge open-water swimming. 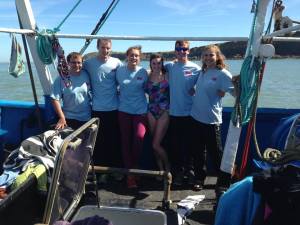 The Cross Channel Relay Competition was founded in 1998 by Nick Thomas and Martin Davies and has been running biannually ever since. The inaugural Varsity Channel Relay Race between Oxford and Cambridge Universities in 1998 was a tremendous success. This event, the only university swimming race across the Channel, generated publicity worldwide as well as within both universities. Amongst others, the race was featured twice in The Times, in The Daily Telegraph, on numerous local Television stations and internationally on Australian National Radio. Over 100,000 alumni were informed through both Universities’ alumni publications. In addition, extensive features ran in both Universities’ student media and in the Swimming Times, a national swimming publication. 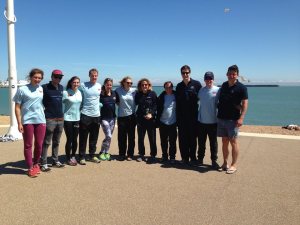