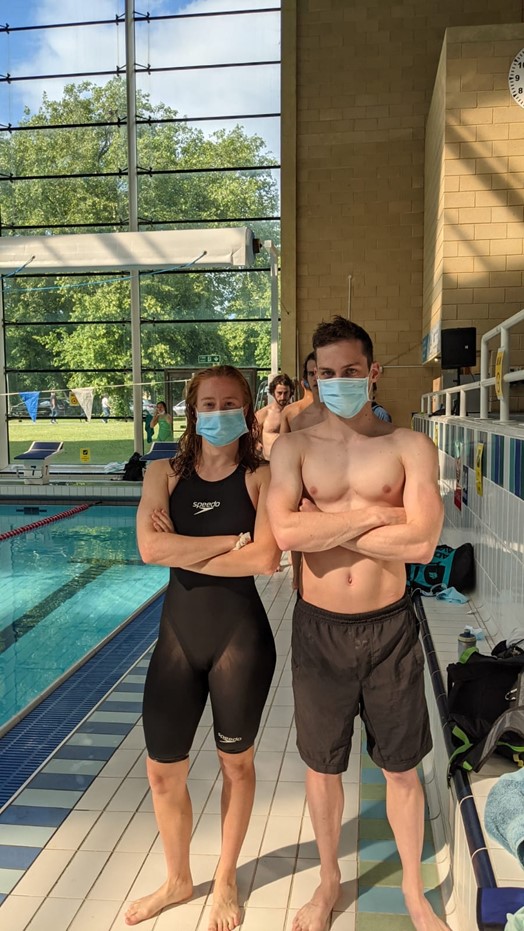 This year, due to the restrictions of COVID, Varsity was held in a rather uncharacteristic way. The competition therefore took place with both teams swimming in their respective pools at a time booked by them. The results of each competition were withheld until after both had been completed and then revealed on the 27th of June. Unfortunately, Oxford’s session clashed with the open water varsity and so they lost some swimmers to that event. Both teams also had members isolating from contact tracing. However, both teams had an amazing turnout and lots of swimmers stepping up at short notice. The Cambridge team still swam amazingly, showing times that were much faster than expected with the significantly reduced amount of training available this year. An amazing 16 blues times were achieved in 13 out of 14 of the individual events by an incredible number of athletes, 10 in total. In addition to the blues times, 2 new university records were broken. These included Hugo Bellamy of Pembroke college breaking the men’s 100 fly record from 2012 in a superb time of 55.85 seconds, and the woman’s 4*100 medley relay team, including Ellie O’Keeffe on the butterfly, Sophie O’Keeffe on the backstroke, Alix Knagg on the breastroke and Juliet Merelie on the freestyle. They managed an amazing time of 4.27.84 which had been standing since 2001!