If any Cambridge University affiliated (current students, alumni and staff) want to do some open water swimming, there is the Cambridge Henley Swim Mob Match on the 26 June.

The Mass Participation Mob match is an event run during the Henley Classic, with Cambridge Swimmers going up against those from Oxford.

Anyone who is Cambridge University affiliated (current students, alumni and staff) can participate in the Cambridge Mob match team.

To register for the Mob match: http://henleyswim.com/events/henley-classic/
1) Enter preferred category – ie: open, masters, traditional
2) Enter personal info3) Click Varsity mob-match and select the university from the drop down
– DO NOT join a team. You are now on the mob-match team
– DO NOT select performance wave
4) Contact Dan Brackenbury (db559@cam.ac.uk) to confirm your registration
A 10% discount is available for student participants in the mob match – message Dan Brackenbury (db559@cam.ac.uk) for the discount code.

There is also a separate Alumni Match during the Henley Classic, where a team of 8 Cambridge Alumni compete against a team from Oxford. If you would like to swim in this contact Laura Schubert (schubes95@gmail.com) who will put you in contact with the Alumni team captain.

For more information on the Henley swim event:
http://henleyswim.com/events/henley-classic/
http://cuswpc.co.uk/open-water-swimming/henley-swim/ 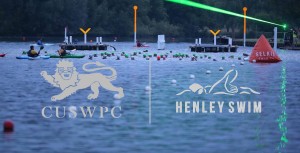