The day started strong, with a convincing 9-2 win from Cambridge’s Seconds team, in what was only the second ever Women’s Water Polo Second’s Varsity match. Goals from Ellie O’Keefe, the team’s top goal-scorer, gave Cambridge an early lead. Impressive defensive work from Amy Purohit, Bethan McGinley and a few later goals from Jessica Derrick gave Oxford no chance of catching up.

Then was time for the Women’s Blues match. This year’s Blue’s match was one of the most competitive and close-fought Varsity’s in recent years. Both teams played at the highest level and it ended with an utterly nail-biting finish. Great goals from Lara Tritton, Jessica Waters and a rapid counterattack from Iris Hall saw Cambridge edge a small lead over Oxford coming into the second half. Goalkeeper and incoming captain, Rebecca Howitt, who has only this year picked up water polo, made some spectacular saves and kept Oxford from catching up throughout the third quarter, but the score line remained uncomfortably close. The final quarter saw Oxford inch one goal ahead. Refusing to give up, Seren Jones Reddy made an incredible shot and equalised the score yet again, but it was just not meant to be. A last-minute counterattack put Oxford one goal ahead in the final ten seconds, giving them the final 12-11 win.

Although we were all heartbroken to lose such a hard-fought match, the dedication and improvement displayed by this year’s squad gives me every hope, that as new players continue to develop and the club hopefully sees improvement in training facilities, next year’s team will bring it home for Cambridge. Best of luck to the incoming Captains, Rebecca Howitt and Jessica Waters, and the rest of my teammates who I have had the pleasure of playing alongside throughout the last few seasons.

Hattie Cross
In only the 2nd Women’s 2nds Water Polo Varsity Cambridge made it 2 wins in 2 with a resounding 9-2 victory. In a thrilling 1sts match the score changed 3 times in the final minute. With a heart-breaking finale O*ford scored the winning goal with just 5 seconds remaining. 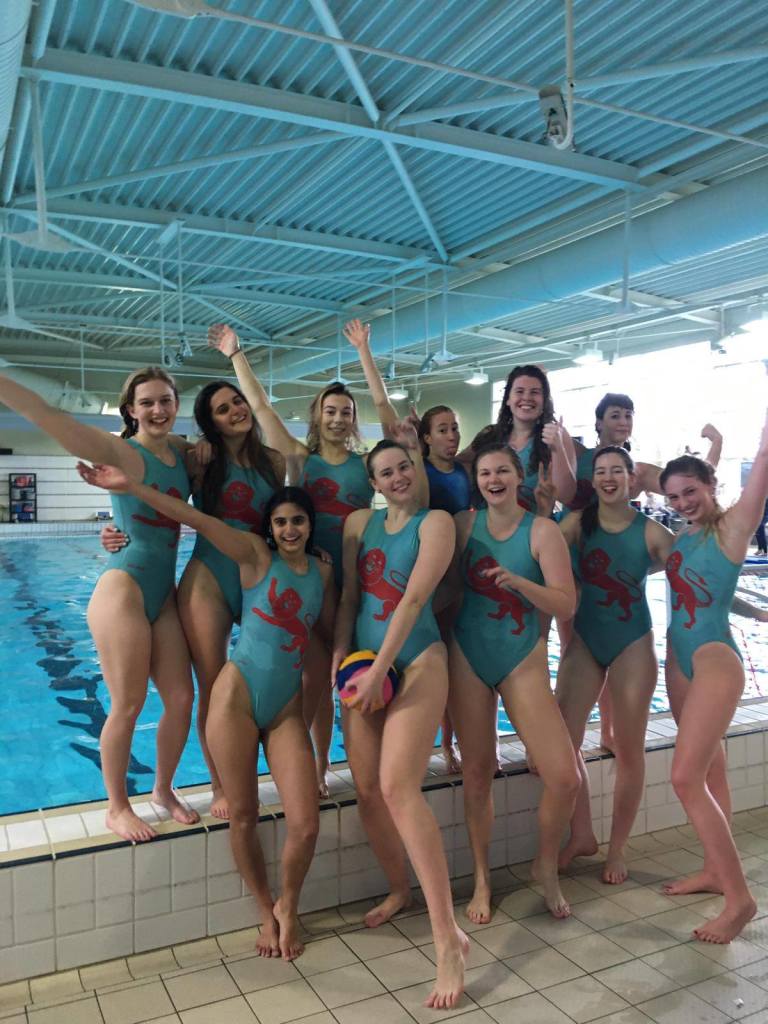